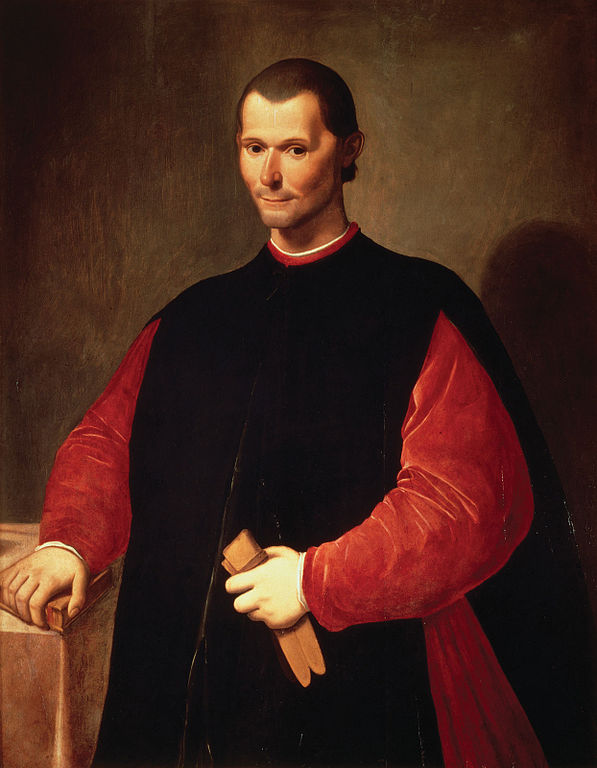 Machiavelli has become somewhat of a shadowy figure in history. He is an enigma in modern minds. However, Niccolo Machiavelli was a rather normal man devoid of evil intentions. But why has his name become synonymous with evil, shadowy plots?

By understanding his life and his works, it becomes obvious what his intentions were. He transforms from an evil mastermind to a master of objective political analysis.

Machiavelli was  an ambassador and military adviser in the Florentine Republic. He was not a highly-ranked figure, but his knowledge of history and understanding of politics ensured he had the ear of his superiors. He was a tactful observer and was able to see the big picture and predict outcomes fairly well.

When the Florentine Republic was abolished, as Giovanni de’ Medici reconquered the city with papal forces, Machiavelli was exiled. This was when he began to write. He wrote histories, political analyses, plays, poems and more. This is when he wrote The Prince, the Discourses on Livy, and The Life of Castruccio Castracani of Lucca.

Eventually, Machiavelli found his way back into the good graces of the Medicis and was allowed back into the city. He was given a small position in the government, but was strategically insignificant and not influential.

Machiavelli was an observer of the actions of princes. He studied history at length and was in tune to what the leaders of his time were doing. With his expertise in these fields, he created many of his greatest works.

The Prince was an observance of how the princes of his time and of history gained and maintained rule, as well as lost their power. Machiavelli believed in representative government, specifically the republican system, so his writing of princes was not and endorsement of princely rule. In fact, reading The Prince as a citizen gives citizens to recognize the manner in which they are being ruled and be wary of the actions their leaders take. This objective observance of government leaders is a tactic that American society has lost to partisanship.

Machiavelli does write at length about foreign governments using the city-states of Italy to gain influence there, mostly as an effort to be closer to the Church. These parts of The Prince does have a shadowy connotation. However, it is important to remember that this is still objective observation. These plots that foreign rulers devised to gain access to Italian political powers were not being endorsed by Machiavelli, rather he was shedding light on what was going on behind the scenes.

In his other great work, Discourses on Livy, Machiavelli explains what he believes to be the ideal government. He analyzes the Roman Republic, and explains why it worked so well. He talks about the balances of power and that having an elected legislature with a small executive branch balances the will of a monarch with the lack of nimbleness pure democracy creates. His criticisms of the system and the aspects he praised were obviously observed by the founding fathers of America, especially in the framing of the Constitution. The government America has is in large part due to the same sort of observations that Machiavelli made. The checks and balances in place nearly mirror the description o the Roman Republic by Machiavelli.

Machiavelli’s objectivity and ability to discuss politics in a disassociated manner allowed him to evaluate the actions of politicians based on the outcomes rather than his opinion of them. He was able to recognize good politicking in bad people and vice versa.

Fortune is the tide and flow of the environment and virtù is men’s ability to recognize the tides and capitalize on it. This idea is the epitome of what free will has to offer. Machiavelli claims that men are in control of their destiny as long as they can recognize Fortune and her ways and are prepared to make the necessary decisions to find success. This message is beautiful, and understanding it can help anyone take control of their life and achieve whatever it is they would like.

Machiavelli’s work was not that of a puppet master pulling the strings of European kings and making them do his bidding. Rather, he was a humble man of the people who understood the workings of politics and was able to explain the goings on in lay men’s terms. To study and understand Machiavelli’s message is to understand how all political leaders work. Senators can act as princes and can come to power in the same way. Machiavellian is not a satanic epithet, rather a recognition of one’s objective political astuteness.

So to all who read this, find The Prince and Discourses on Livy, and read them!

Feel like learning more about how Machiavelli’s message has been misconstrued, check out this video from the YouTube channel of the Conversation of Our Generation: Episode 5- Did Machiavelli Say The End Justify The Means?

Join the Conversation of Our Generation!!!

Subscribe to our email list for our Recommended Reading, reviews on books and other content that can grow your store of knowledge. New products will be coming soon, exclusively for subscribers.

I am just trying to join the Conversation of Our Generation. Let’s get the dialogue going with comments, shares, questions, just say something!