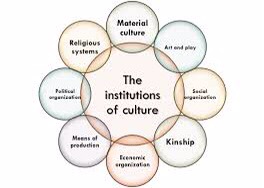 In the last 240 years, America has developed incredible institutions that have propelled it into world leadership, making it a beacon of freedom. Now, the country stands at a fork in the road. One is honoring the institutions and refining them, which leads to progress and prosperity. The other is disregard for established institutions, which leads to chaos and failure.

This will be a discussion on 3 key issues:

1. What Is An Institution?

2. How Have Institutions Developed?

3. What Should Be Done With Institutions Now?

What Is An Institution?

There are two definitions for institution, the first one dealing with tangible institutions, the latter focusing on the abstract. Either way, institutions serve as a common ground for society. They assist a society in establishing its values and implementing its goals.

1. a society or organization founded for a religious, educational, social, or similar purpose.

2. an established law, practice, or custom.

How Have Institutions Developed?

People did originally live in a form of chaos. Institutions have developed over all of human history to organize themselves. Institutions can be as tangible as governing bodies, such as a court, to abstract ideas. Societal and familial ties are the governing institutions. The founding values and principles and the philosophic thought which surrounds and supports them create the abstract institutions.

These do not develop separately from each other, rather they grow and adapt together. It is the basic concept in America that men should be free to do as they please as long as it does not injure someone else. This is what lead to the importance of familial and community institutions. By placing importance on those who know someone personally fulfilling their needs and disciplining them, America was able to decentralize power and give it to the people while boasting an unprecedented emphasis on liberty and individualism.

It is often the abstract institutions that feed into the tangible ones. It is often said that politics is downstream of culture. First there must be a consensus on the abstract before it can be manifested in a tangible institution. For instance, an agreement must be made about what justice is and how it looks before a court can be created that embodies and serves justice.

The institutions upon which America was founded have been developed for thousands of years. The moral teachings began with the Old Testament and Abraham, traveled throughout the Mediterranean and eventually the world. The philosophical techniques and sciences were born in Greece with the Presocratics, culminating in Socrates and his students. Political institutions developed on top of the Roman Republic. Arts and aesthetics grew out of the European soil from the seed of Greek and Roman arts. What America is today has been in the making for thousands of years by many of the greatest civilizations this world has had.

What Should Be Done With Institutions Now?

The current institutions should be respected and upheld. People should question the status quo. People should have critical minds and skepticism toward established institutions. But before people begin commenting on these institutions, they should learn about them. It is hard to refute Socrates before knowing his philosophy, Christianity without ever reading the Bible, or Roman politics if one doesn’t learn the history.

If society viewed institutions and sacred but imperfect, it could easily honor them while criticizing them fairly and refining them appropriately. No sane person would get rid of a car because of a flat tire or burn down their house because of an outdated kitchen. Institutions should be treated the same way. When they’re broken, fix them. When they are no longer relevant, update them. To build something is much harder than to tear it down, and caution should be exercised at every step because any misstep could cause collapse of institutions that hold up society, throwing it back into the chaos that people were attempting to contain to begin with.

I am just trying to join the Conversation of Our Generation. Let’s get the dialogue going with comments, shares, questions, just say something!